Malawi media this time wasted their precious time debating legitimacy of various polls, which flooded social media and filled precious editorial pages even though some journalists openly questioned legitimacy of these polls. ‘Bogus’ polls would have no space in the mainstream media if the media commissioned their own. By the time of writing, unofficial results looked more like vindicating Afrobarometer’s poll. Reality may yet be different by the time official elections results are announced, but their poll is the closest yet. END_OF_DOCUMENT_TOKEN_TO_BE_REPLACED

It is even more worrying when you consider that these polls have been projected to be the most tightly contested elections in Malawi. This means that the winner is most likely to win with a small margin. It is easy for losers to reject electoral results when the winning margin is narrow than when there is a landslide. These elections needed to be handled with extra caution. END_OF_DOCUMENT_TOKEN_TO_BE_REPLACED

From the onset, we would like to state that a total of 4450 observers were trained and deployed in all the districts across the country to observe the voting process.  In addition, we also trained 25 data officers to capture reports from observers. END_OF_DOCUMENT_TOKEN_TO_BE_REPLACED

As MESN and indeed the entire taskforce on the Malawi Information Centre (MEIC), we would like to express our concern on the wide spread late opening of polling centres across the country. We note that most polling stations opened as late as 9 am instead of 6 am – and centres such as Mtantha in Mzimba had not opened by 9:30 with most complaints being registered in the cities of Blantyre and Lilongwe. END_OF_DOCUMENT_TOKEN_TO_BE_REPLACED

The political context of 2014 tripartite elections – The 2014 tripartite elections in Malawi, which are the fifth multiparty elections and the first tripartite elections are taking place at a time when Malawi clocks 50 years of independence and 20 years of multiparty democracy.  Whilst the journey of the last two decades has been a political roller coaster ride, the period between 2009 -2011  had been particularly tenuous. The death of President Mutharika in April 2012 and the succession of Joyce Banda surviving a coup attempt by the senior Cabinet members of Mutharika government gave a ray of hope for democracy and constitutionalism. Things did start to change for the better under the Joyce Banda administration , however, in the later part of 2013  the exposure of blatant fraud and massive financial embezzlement of tax coffers by senior government officials at Capital Hill, commonly called the ‘Cashgate’ demonstrated the entrenched corruption and weak mechanisms to deal with it.  At the regional level the elections are taking place during Malawi’s chair of SADC and elections having been held in South Africa and to be held in Botswana and Mozambique.  A credible election in Malawi will no doubt have a positive influence on elections in the sub-region and the continent.  END_OF_DOCUMENT_TOKEN_TO_BE_REPLACED

Another notable development is the presidential debates. The debates have provided candidates the opportunity to dialogue with the voters and to turn the campaign into an issue-based one. As MESN we believe in issue based elections and we will support the sustainability of this initiative to ensure that Malawians vote for candidates based on issues and policies and not otherwise as has been the trend in the past. END_OF_DOCUMENT_TOKEN_TO_BE_REPLACED 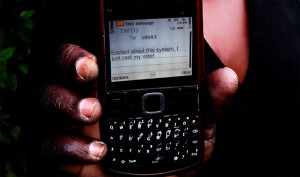 MEIC introduced the mobile and web verification to the nation as a way of making it convenient for all those registered voters who never managed to get to the polling station on time to register. Mobile verification was simple in the sense that people just sent their ID numbers to 5VOTE (58683) and they got feedback on whether they were verified or not. This system will finally end on Thursday, 15th May, 2014. END_OF_DOCUMENT_TOKEN_TO_BE_REPLACED 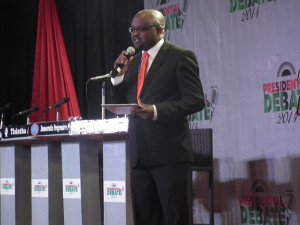 This added to the fact that the elections will be the first tripartite elections where Malawians will be able to vote for Presidential candidates, Parliamentary and local councillors. The Chairperson of Media Institute of Southern Africa (MISA), Anthony Kasunda “The May 2014 elections are particularly unique, as they come at a time of years of Independence” END_OF_DOCUMENT_TOKEN_TO_BE_REPLACED